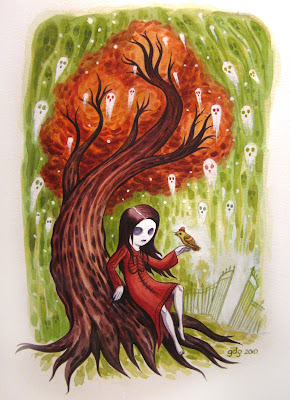 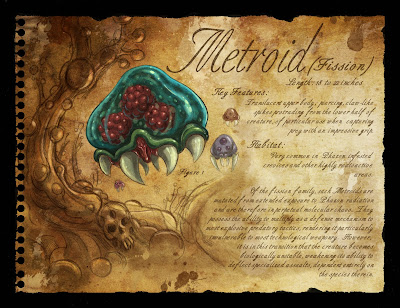 Here is some art I did for a pre-order bonus proposal for the release of "Metroid: The Other M".   It was supposed to be sort of a field guide detailing the various creatures that you would encounter while playing the game and possibly providing hints on how to defeat them.  Unfortunately, it was taking a while for the red tape to get cleared and there wasn't enough time left to do a full on field guide, so this project didn't get off the ground.  Text for the page was written up by Jon M. Gibson!
Posted by Gerald at 8:44 AM No comments:

Somewhere Back In Time Part 1: "Carmen Gets Expelled" backgrounds

So sometime last year I helped my pals Jorge and Sandra out with a little pilot called "Carmen Gets Expelled".  Here are some backgrounds I made before "Carmen" got expelled from being a full series.  You can also watch the rough pilot here: 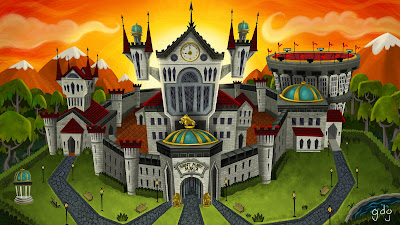 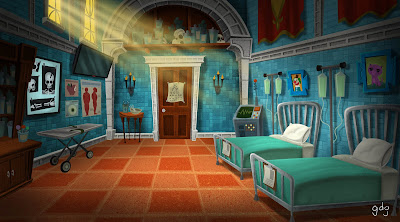 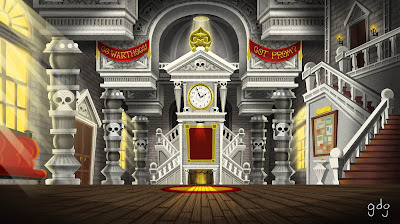 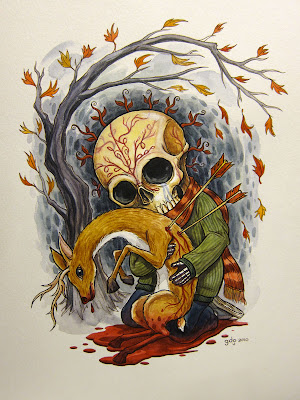 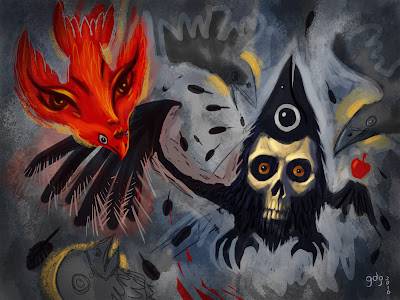 Here's the t-shirt design I did for Capcom's "Okamiden" limited edition Comic-Con 2010 t-shirt! It's a parody of the "Three wolf moon" t-shirt. 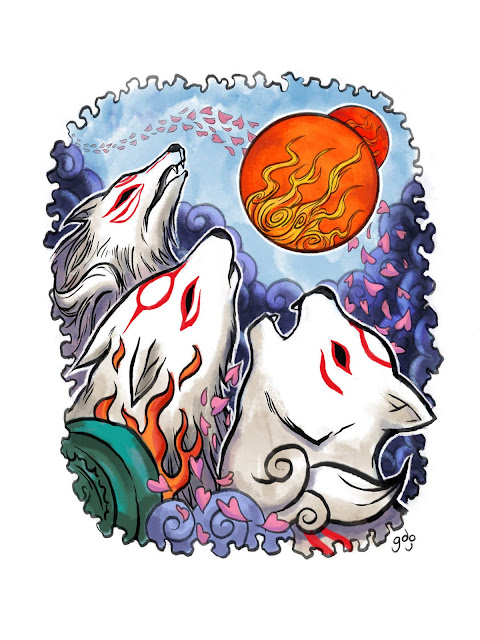 Hey it's been a while!  So this is probably old news, but here is the "Mega Man 10" cover I did way back in November.  Initially, it was supposed to be three different boxes with each one for the Wii, Playstation 3 and Xbox 360.  In the end I wanted to do something on a more ambitious scale and decided to do one huge image, or a tryptic as they say.