When Santa stopped believing in himself. 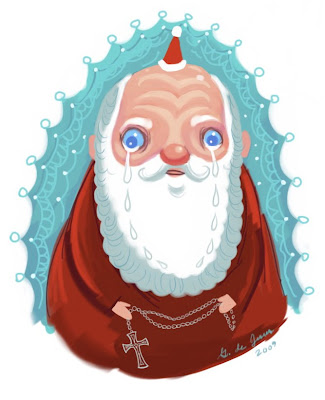 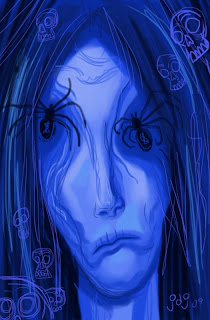 Since it's that time of year again, I'm going to force myself to do some kind of spooky drawing every day until Halloween.  And I'm going to do each and every one of them on my iPhone!  So if anyone has any suggestions on what I should draw, scream it out! 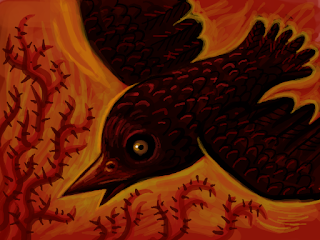 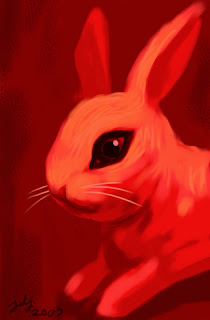 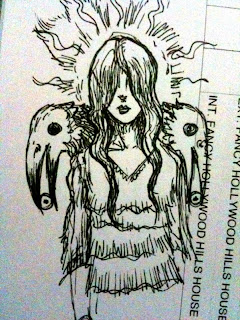 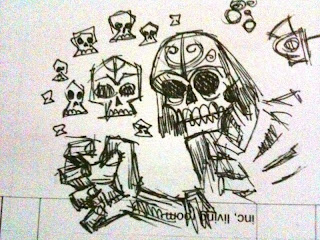 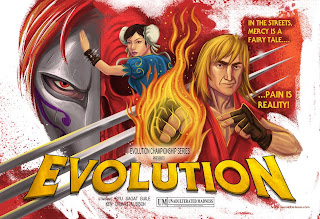 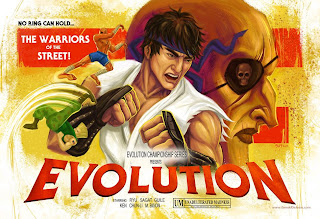 Hey, hey, me again. Took a quick little break from Sandra and Jorge's project (maybe I'll post some of that stuff a year and a half from now, haha). Here are some posters I did for the upcoming "EVO 2009" tournament. These went by pretty quick, under 20 hours from sketch to paint for both of these. Jon Gibson wanted a 70's Kung-Fu movie poster vibe for these, so I was happy to oblige. That's it from me for a while! Soyonara!
Posted by Gerald at 7:11 AM 2 comments: 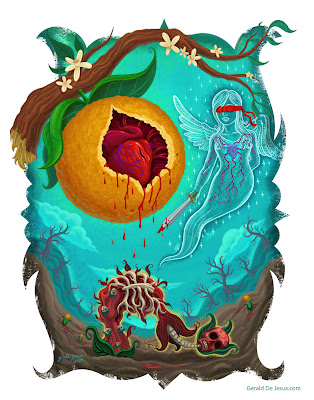 Here it is, all done! Truthfully, I'm not totally sure what it means and if it has to do anything with Los Angeles myth. I think it's going to be one of those paintings that I look at again months later and finally figure out what it mean to me. But if anyone has any idea what it means to them (especially in regards to Los Angeles!), I'll gladly use your story to explain this to anyone that asks!
Posted by Gerald at 11:04 PM 7 comments: 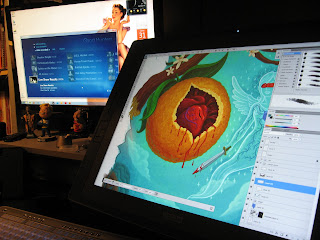 Hey gang, it's been a while! Anyways, I'm busting out a digi-painting for the upcoming "L.A. Myth" show, which opens Friday, February 6th at Meltdown Comics in Hollywood! I didn't have the time to do a full on traditional, "blood sweat and tears" painting, so I decided to stick with good ol' Photoshop this time around. I should have this done by tonight / early tomorrow morning.
Posted by Gerald at 9:27 AM 2 comments: